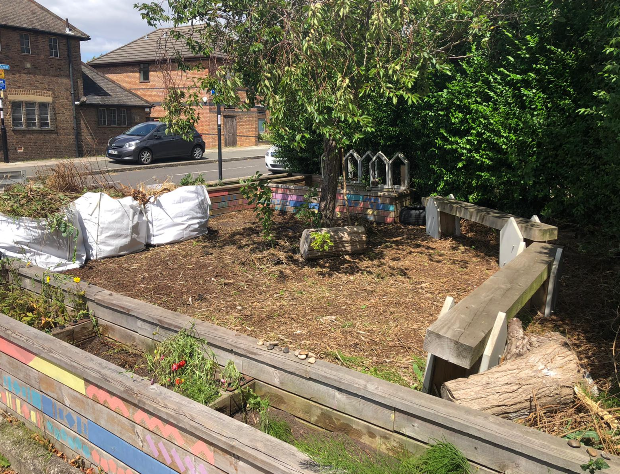 We live in Downham and my Mum’s friend started a group for local people to come together to make a difference in our own community. Over the course of the last year or so I have taken part in a few community events, mostly with cadets, but now I am also involved with Downham Matters. 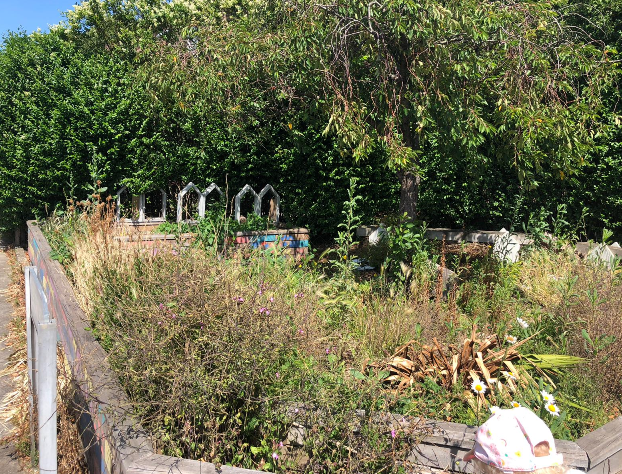 Downham is a nice place to live but there are things that everyone can do to help make it nicer. There is a massive issue with litter. The group was given funds to purchase litter pickers and gloves and run small clear up missions at different Downham locations.

Katy, who is Mum’s friend and the lady that basically organises Downham Matters group, approached Mum and asked for help with the garden, which is located on the corner of Downham way and Churchdown.

Due to the lockdown and social distancing July has been the first chance we had to go and start work. There were six people in total during the time we spent there. It was totally full of weeds and rubbish. All the garden waste went into white cube sacks and the rubbish in black bags. At the end of the session we had filled three white sacks and two black bags and a huge pile of previously dumped rubbish which was collected the next day.

The overgrown garden was given to the group by Phoenix Housing. The idea is to turn it into a wildflower garden to attract wildlife – specially bees who are in danger. There will be a bug hotel built to help attract more insects and other wildlife.

A little robin appeared while we were working, which was great to see. There is lots more ground work that needs to be done; then there is painting and planting. We are now waiting on donations from the public and also some of the local stores as the group doesn’t have a budget. A few people have already donated compost and seeds, Minnis stores are also donating some plants.

Once this is almost complete Mum will take on the roll of artist. She is currently designing educational boards to be attached when the garden is complete.

There is another community project that I will be helping out with as Mum has taken on the task of getting around 500 hand painted stones (made by local people) with bugs, trees and flowers on to attach them to the front of the benches in the garden. So far, I have really enjoyed helping out and I’m looking forward to getting onto the next stage.