With a new academic year comes a new group of 16 Year 10 students to take part in the Community Apprentice. 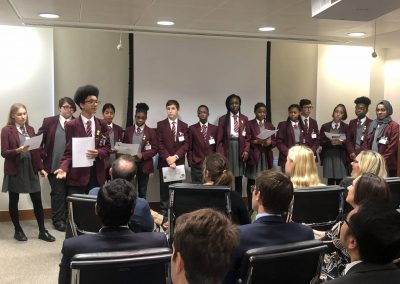 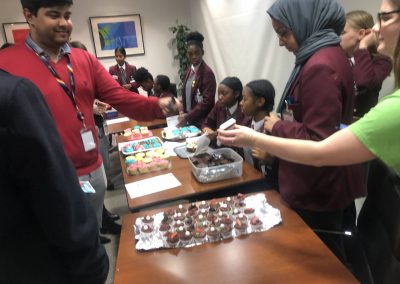 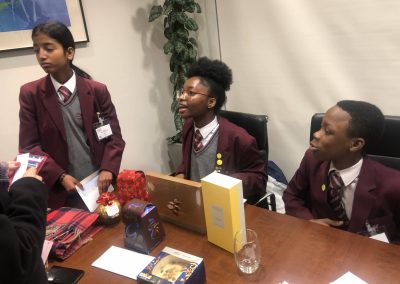 This year, the launch went off with a bang. The group listened to pitches delivered by four Lewisham based charities. It was a unanimous decision to represent the Lewisham Young Carers, as this charity was close to everyone’s heart. The group worked tirelessly to plan a challenge to raise awareness, alongside their Business Partners from Google, whom have been working with the group to develop their public speaking skills.

For the Awareness Raising challenge, the team created an information stand and were able to share more information about the charity with other students and explain how they can support young people.

Students and staff were left informed about the crucial work that the charity does and were able to leave messages for young carers.

The Fundraising Challenge was a success, with a small team and key members of staff supporting students with making cupcakes and brownies.  On the fund raising day we were hosted by Alliance Bernstein in Green Park, where the team organised a range of activities including a raffle, bake sale and Kahoot quiz ‘Are you smarter than a 15 year old’.

The team raised an astounding £741 for Young Carers Lewisham. Bernstein offered to match this amount, bringing the total to over £1550.

Well done to the team for all the effort they put in over the last 12 weeks.

“Before this programme, I would not have had the courage to do any public speaking.  However, since taking part in Envision I have grown in confidence and can deliver a pitch to my peers an strangers”.  Alana – Year 10 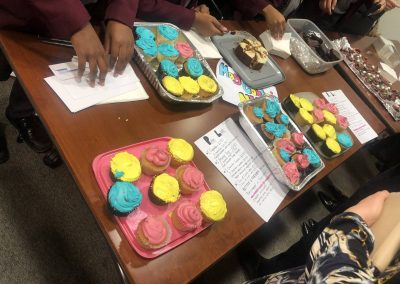 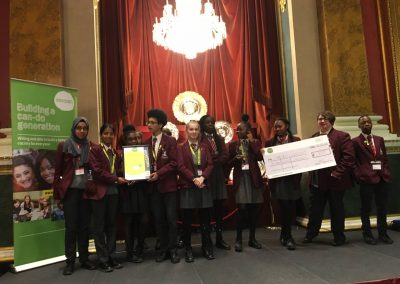 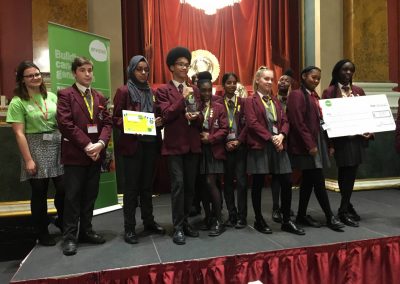 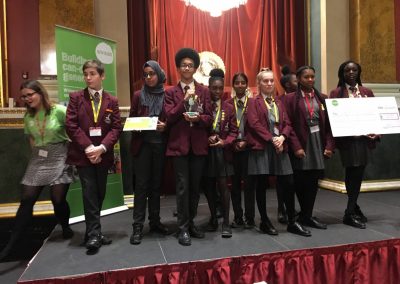 The final Pitching Challenge was held at the grand Goldsmiths’ Halls in St Paul’s. Team Conisborough delivered a heartfelt message about Young Carers, the important work they do within the Lewisham community and their growth during the Envision journey. The pitch was delivered in front of a panel of professionals from different backgrounds and Envision teams from four other Lewisham schools.  All participating schools performed engaging and dynamic pitches.

Once the judges had deliberated the scores from all the teams, Conisborough were crowned winners of Envision Community Apprentice.

Well done to a very deserving group for their hard work and dedication in raising awareness of this important issue.